No Line on the Horizon Album 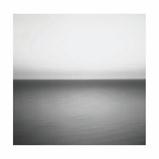 No Line on the Horizon album cover
Track list: No Line On The Horizon, Magnificent, Moment of Surrender, Unknown Caller, I'll Go Crazy If I Don't Go Crazy Tonight, Get On Your Boots, Stand Up Comedy, Fez - Being Born, White As Snow, Breathe, Cedars Of Lebanon

The album is available in the following formats:

Written and recorded in various locations, No Line On The Horizon is the groups 12th studio album and is their first release since the nine million selling album How To Dismantle An Atomic Bomb, released in late 2004. The album title is another in the vein of the last two...somewhat cryptic, to say the least. Larry's probably still not happy about how it'll look on a T-shirt! Edge described it as a 'Zen image' that described the blurring of the line between the sea and the sky. Make of that what you will. :-)

Early recording sessions for the album began in late Spring/early Summer of 2007 and were produced by Rick Rubin, following on from his work on the new tracks on U218 Singles.However, the band later decided that although they learned a lot from Rubin, things still weren't going well and their work with him was shelved with the intention of maybe going back to it at some future date. In a return to more tried and tested producers, Daniel Lanois and Brian Eno were brought in instead to add an experimental aspect to the proceedings. In a departure from their usual practice, the band offered both of them the opportunity to co-write some of the new material. Bono and Edge still had to do a lot of work on their own but they felt inspired by what the Eno/Lanois team had written. Steve Lillywhite was also brought in to add an extra dimension to the recordings.

Initial work was done in the town of Fez in Morocco, while later sessions took place at Bono and Edge's studio in Eze in the south of France. The album was finished off at the Olympic studios in London because the band wanted to shake things up a bit. Staying in Dublin for those final few weeks could have been counter productive, as there wouldn't have been the same incentive to get finished. The last thing the band wanted was to overrun the recording process (as they did with Pop) and have to cut it short in order to fit in with the beginning of the next tour. That would potentially lead to excuses, blaming lack of time for not making the songs as good as they could possibly be. As it was, they were still working on some of the songs right up to the last minute.

Edge described the album as a record of two halves - one that came from Eno/Lanois sessions and consists of songs that the band have rarely played. The other half consists of songs that have been worked and reworked many times until they reached completion. He also described the album as sounding like nothing U2 had done before,although I think Bono said the same about the last 2 albums, both of which were about as traditional U2 as you could ask for.

Some unusual techniques were used in the recording of this album. For example, Unknown Caller was recorded in the atrium in a townhouse in Fez because of its unique acoustics - but because it was open to the outside, the sound of swallows can be heard at the beginning of the song. Songs like Stand Up were initially influenced by Moroccan rhythms but as the song developed it morphed into a more western sounding tune.

Unusually for Bono, he wrote some of the songs in a third person perspective, which allowed him to take a different approach to the process. He described this process as 'allowing himself to wear the clothes of characters that wandered into his imagination'. Previous albums were written mainly from his personal viewpoint so this is quite a departure for him.

Edge experimented with Death By Audios Supersonic Fuzz Gun pedal on the album's title track among others. He was introduced to this particular pedal by Ben Curtis from Secret Machine and was impressed by the way it transformed the sound of the guitar. He described the effect as giving the guitar a different personality. Edge also admitted to being heavily influenced by the sound of Jimmy Page after spending time with both him and Jack White (of the White Stripes) during the filming of the documentary It Might Get Loud.

The album spawned three singles: Get on Your Boots, Magnificent and I'll Go Crazy If I Don't Go Crazy Tonight. All 3 charted around the world but none reached number one in the US or UK. The U2360 tour was launched to support the album and went on to become the highest grossing tour of all time. Part of the reason for this was the unique 'claw' stage, which allowed the audience to view the stage from any angle (hence the name U2360). The resulting increase in capacity for stadiums which usually had to block of a section of seating for concerts meant that costs could be kept down...with the face value of many tickets set at just $50.

Not long after the release of this album, Bono said that there was so much material left unused that there was a good chance that another album would be released sooner rather than later. Provisionally titled Songs of Ascent, it was originally planned for release before the end of 2009 but as with all things U2, it's taking a lot longer than first thought. It's unlikely that any new material will appear before 2012.

Buy No Line On The Horizon at amazon.com.